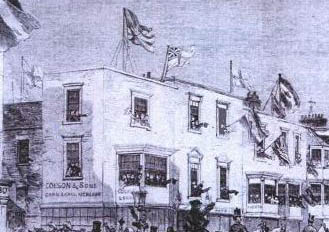 From the opera Garibaldi en Sicile by Marcello Panni
On the occasion of the 150th anniversary of the visit of Giuseppe Garibaldi in London in 1864, Sentieri Selvaggi & Maestro Panni present for the first time in UK The Grande Suite for 5 players and a narrator, a reduced version of the opera Garibaldi en Sicile by Maestro Marcello Panni, that was commissioned by the Contempartsemlbe of Florence and presented on the occasion of the celebrations of the 150th anniversary of the Unification of Italy.
The opera is loosely based on Les Garibaldiens, a report of the campaign of “Mille” by Alexandre Dumas.
Founded in 1997, Sentieri Selvaggi established a close collaboration with composers such as Lang, Andriessen, MacMillan, Glass, Bryars, Nyman, Wolfe, Vacchi. Furthermore, the ensemble promotes a new generation of Italian composers, like Boccadoro, Antonioni, Colasanti, Mancuso, Montalbetti and Verrando.
Marcello Panni has worked extensively as a composer and conductor since the late 70s. He conducted several world premieres at the Rome Opera, at La Scala in Milano, and wrote several operas such as Hanjo for the Maggio Musicale Fiorentino (1994) and Il Giudizio di Paride for the Bonn Opera (1996).